Thanking God for His faithfulness

As we are now in the season of Advent, when we take time to look back to Jesus’ birth and look forward to His second coming, let’s remind ourselves of God’s faithfulness during prayer initiatives for COP26, Japan1million and Thy Kingdom Come.

COP26 – it was such a privilege to partner with YWAM and Pray for Scotland. Here is the final YWAM update:

“For the Lord is good and His love endures for ever; His faithfulness continues through all generations.”  [Psalm 100:5]

COP26 is finished.  Our official observer in the Blue Zone was able to report throughout Saturday afternoon on the mood and dynamics of a dramatic few hours, comparing it to watching a tense tennis match! God showed us the need for a canopy of praise to glorify Him and exclude the darkness.  Hours of praise in many locations did affect the atmosphere in the city.  Praise God – and thank you for joining in.

Glasgow herself has had a fantastic atmosphere.  As UN climate Executive Secretary Patricia Espinosa said: ‘The people here are so nice, they have truly warmed our hearts’.  The Police have also regularly praised the city and her people.  Only one arrest in both marches, despite around 100,000 protesters involved, is a miracle in itself.  There have been no major violence or terrorist attacks, in Glasgow or elsewhere in the UK.  Our observer chatted to a South Korean representative: “Glasgow people are very friendly, always helpful” he said – indeed everyone we have spoken to has commented on the friendliness of Glaswegians.

Much of our prayer has been for the things unseen – both behind the scenes in negotiations and fundamentally in the spiritual realm.  God emphasised His desire to raise up the humble and frustrate the proud, and we kept returning to this theme throughout the fortnight.  We trust there have been many conversations that have kept ungodly plans out and that good relationships have been formed during this time.  Voices which are often marginalised were given more prominence – some very passionate and compelling speeches were made in the main sessions by poorer countries who report experiencing extreme weather far more than in their past.

We tended not to pray about specific policies in the negotiations, more about the process.  The outcome, the Glasgow Climate Pact, ended with some notable pioneering agreements between the nations of God’s earth.  It will be remembered for several things for generations to come.

Throughout the 2 weeks, God arranged many specific conversations.  Our outreach teams met people from 104 nations of the world, four people invited Jesus to be part of their lives, and many more are further along in that journey. Our young people have grown in their understanding and ability in evangelism and intercession, with several saying it was the first time they had fun in intercession and want to grow further.

It has been a privilege to have an official observer in the Blue Zone both weeks and many intercessors far and wide partnering together.  We praise the Lord for positioning us all at our posts in this time.  We have loved and learned a lot and sense that He would employ us again in future COPs.

Japan1million – took place over the Olympic and Paralympic Games, was birthed when an email from Marty Woods arrived in my inbox (he and I had worked together on London 2012) sharing the vision of one million hours of prayer. We were able to link him up with the International Prayer Connect team to enable the vision to be shared widely.

Marty Woods shares: “I’ve never been through a “Season of Prayer” like we experienced over the Games. God, in His providence, helped not just the Church in Japan but over the Olympics, He called the whole globe to pray for this nation. International Prayer Connect helped us link with 4000 prayer networks. It grew a life of its own. 98 countries signed up. Over 112,000 individuals and groups. Officially there was 365,000 hours of “signed-up” prayers, however we are confident over a million hours of “unsigned up” prayer was gifted to Japan. Read his full report here.

The sixth Thy Kingdom Come took place in May/June earlier this year. Their impact report is so encouraging! Christians in more than 170 countries, from across 80 different denominations and traditions, united in prayer for friends and family to come to faith in Christ, during this year’s Thy Kingdom Come. TKC Impact Report 2021_WEB.pdf (thykingdomcome.global)

Let’s keep sharing the answers to the prayers He invites us to pray!

Great is the Lord and most worthy of praise; his greatness no one can fathom. One generation commends your works to another; they tell of your mighty acts. Psalm 145:3-4

Jane Holloway is the National Prayer Director at the World Prayer Centre. 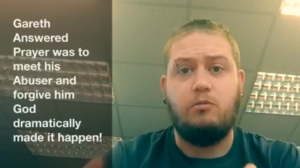 From Poverty, Brokenness And Abuse To Freedom In Jesus!

No matter what your background, Jesus can restore and transform 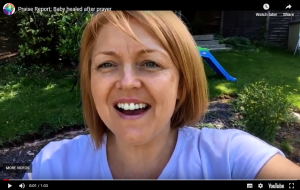 A testimony of how God can answer a simple prayer on social media and heal a newborn baby. 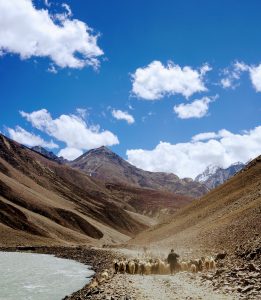 Testimony: The Old Woman And The Good Shepherd

Amazing story of how Jesus came to the rescue of an old Syrian lady.

Pray for Tonga after volcanic eruption

Nominate a Baton bearer and volunteer for Commonwealth Games

From Poverty, Brokenness And Abuse To Freedom In Jesus!