In May 2022, leaders gathered in Sentul City, Jakarta, to celebrate the 10thanniversary of the World Prayer Assembly held in Jakarta in 2010, to worship, pray and share together in all that God is doing around the world and to strategize with mission agencies to see the Great Commission completed in our time.

Due to Covid, all of the sessions were broadcast on zoom and social media. 11 regions of the world made presentations, which were then prayed into, some led by leaders in Jakarta and some via zoom from their region. These include Oceania/Pacific, East Asia (China, Korea, Japan, Mongolia). South East Asia, South Asia, Central Asia, Middle East and Israel, Africa, Caribbean, North America, South America and Europe.

Ian Cole from the World Prayer Centre had the privilege of co-hosting the session on Europe with Jenny Oliphant, Jason Hubbard and Rev Tim Hughes led some worship. We included a powerful report and prayers from Ruslan, a Christian leader in Ukraine, Jenny prayed for four European cities and we prayed about the intense pressure being created across our Continent with the arrival of millions of refugees and for spiritual awakening amongst the 800 million people in the 44 countries of Europe.

The session ended by making a declaration of confession, repentance and hope, a copy of which is below. Feel free to use as you pray for our nation and Europe.

We thank God that over 90 nations participated in the assembly with over 500 cities in Indonesia alone taking part.

Here at World Prayer Centre, we persevere in our worship, prayer and declaration of the truths of the Gospel and thank you for your partnership as we pray for His Kingdom to come and His will be done across Europe.

Ian Cole is the founder of the World Prayer Centre Birmingham and he and his wife Pauline network globally in the movement for prayer.

The Story Of Cornerstone House

World Prayer Centre will be leaving Cornerstone House at the end of October after being there since 1997. It has a rich history of Christian presence in Birmingham city centre. 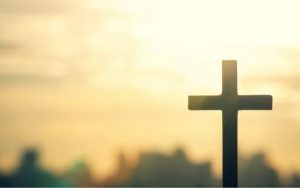 Why are Passover and Easter celebrated at different times?

Sometimes, the celebrations of Passover and Easter coincide, but sometimes they can be weeks apart. Why is this? If Yeshua died at Passover,