Over recent weeks, we have watched with horror at the unfolding of the attempted destruction of a nation. Unfortunately, this is not new to us as in our lifetime we look back on conflicts in places like Syria, Afghanistan, Sudan, Myanmar and many more, some of which are ongoing.

Due to the rapid pace of technological development, what decades ago took sometime days and weeks to hit our headlines now takes a few minutes. We can all sit in relative safety and watch atrocities, environmental disasters, human suffering on a scale never imagined.

As I have reflected on the situation unfolding in Ukraine, and as World Prayer Centre have prayed and joined with friends around the world in prayer, many thoughts, questions, and ponderings (I am at the age when I can ponder!!) have been going through my mind.

One of the questions I have been considering is simply, “What can we as Christians learn at this time?” Alongside the frustration, anger, (hopefully righteous anger), pain, and a feeling of helplessness. Alongside the lament and cry in our hearts and minds as we pray, alongside the practical ways in which we are able to help, are there things taking place in the human waring that we can learn from in our spiritual waring?

The answer of course is, there are many. The following are four that came to mind, clearing the airways, communication, supporters and blessing.

When the Apostle Paul wrote to the church at Ephesus he wrote, “For our struggle is not against flesh and blood, but against the rulers, against the authorities, against the powers of this dark world and against the spiritual forces of evil in the heavenly realm.” (Eph. 6:12) NIVUK.

Prayer changes spiritual climates. Later in chapter 6, Paul writes “Pray in the Spirit on all occasions.” Prayer in the name of Jesus, according to God’s will breaks through and nullifies the forces of evil in the heavenly realms, bringing God’s kingdom on earth as it is in heaven.

Again, in recent days we have seen the consequences of fake news and the struggle to find the truth. All of us at one time or another have been affected by information we have received that turns out to be untrue. We have witnessed how an enemy can through lies and misinformation create panic, fear and incorrect decision making.

Jesus taught that Satan is the father of lies. He went on to say “He was a murderer from the beginning, not holding to the truth, for there is no truth in him.” (John 8: 44) NIVUK

The call for us as Christians is to ensure that our words and lives clearly convey who God the Father is, who Jesus God’s Son is, and who God the Holy Spirit is as found in the bible, God’s word. Let us endeavour to ensure that anything we say or report on is true. We pray for all in the Christian communication world, be it preaching, teaching, sharing news, advertising or reporting that they communicate the truth.

How we have in recent days admired the support that nations around Ukraine have given to those fleeing the horrors of war. As Christians in Poland have said, “We feel we were born for such a time as this”. We have also witnessed organisations like the UN reach out with one hand and for political expediency on the other.

Genuine support is an amazing encouragement. We see it in the sporting world, sometimes in the political world and thankfully, often in our family life. I often remark the commitment of football supporters who travel the length and breadth of the country to support their team, while those of us who call ourselves supporters, sit at home, watch it on the telly and criticise if ‘our’ team are not doing well.

In the writing to the church in Philippi, Paul writes about their genuine support as he set out on his journey to Macedonia, they were the only church who supported him and time and again they sent aid when he was in need.

As a Christian charity, we thank God for those who through prayer, financial support and concern bless us as we seek to fulfil the call God has given us.

From the many lessons we can learn from a war zone, here is one of the most difficult. In His incredible sermon on the mount, Jesus turned historic thinking upside down.

In Matthew 5:44 (NKJV) He said, “But I say unto you, love your enemies, bless them that curse you, do good to them that hate you and pray for them that despitefully use you and persecute you”. Romans 12 is another great encouragement to come in the opposite spirit of the aggressor and bless and not curse.

When we watch the injustice and cruelty that is happening to people in so many places around the world, when we personally experience pain and hurt at the hands of someone, what freedom comes when by the grace of God we can forgive and bless. Yes, it is costly but that forgiveness and blessing strips Satan of any ground for him to stand on to bring condemnation, accusation and shame.

As we continue to watch and pray, let us encourage one another to ‘pray without ceasing’, stand in the armour of God against the dark powers, know the Holy Spirit’s anointing to communicate truth, be an example to all of genuine support and above all to come in the spirit of humility and bless and keep blessing.

It’s how wars are won!

Ian Cole is the founder of the World Prayer Centre Birmingham 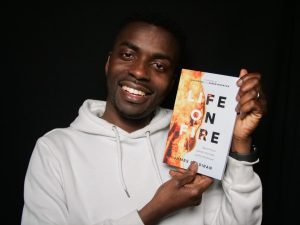 A Call To Stand In Difficult Days