A historic gathering: Healing the Commonwealth

Healing the Commonwealth took place on Zoom on 27th June 2022.  The vision came from conversations between a number of UK leaders who had been increasingly sensing that this is a Kairos moment for us to ask God to help us release both healing and blessing to the Commonwealth nations and territories as we host the Commonwealth Games 28th July – 8th August.

Over the last 30 years or so, teams of UK leaders have undertaken visits to several Commonwealth nations and territories with the specific intention of seeking reconciliation and asking for forgiveness for ways in which we have not honoured the peoples, the land and the cultures of the nations.  We knew there was unfinished business that the Lord wanted us to address this year.

On 27th June, leaders from different Commonwealth nations in Canada, The Caribbean, Africa, Asia and Oceania together with those from the UK nations who had been involved in previous journeys of reconciliation, gathered on a Zoom webinar platform provided by Watchmen for the Nations. We began with introductions, prayer and worship coming together around the foot of the cross.  Leaders from the UK brought repentance for a number of issues that the Holy Spirit had highlighted to us and then together we offered a Declaration from the UK followed by a statement of intent to build on relationships within the Commonwealth going forward from a UK representative to the Commonwealth Local Government Forum, a strategic business leader and a member of the House of Lords. Leaders from Canada, the Caribbean, Africa, Asia and Oceania received our repentance/confession and released blessing, honour and freedom back into the UK for all that had happened in the past!

Download the Healing the Commonwealth declaration from the UK

In the final section of Healing the Commonwealth Zoom, powerful testimonies were shared about what had and still is happening as a result of the visits of different UK teams to India, New Zealand, Australia, the Pacific, Zimbabwe, South Africa, Canada and different nations in the Caribbean. It was so humbling to hear each precious story of God’s redemption, restoration and renewal in a variety of contexts.  There was such a powerful presence of the Holy Spirit with us all on this Zoom and the love that flowed was tangible!

This was a truly historic gathering.

Never before had we been able to gather together from the different Commonwealth nations who had welcomed UK reconciliation teams.

Never before had the leaders of those teams been on the same call to hear the stories of the lasting fruit that is still coming forth from those trips.

Never before had we in the UK been together in the same ‘place’ to receive the release, prophetic encouragement and blessing from our brothers and sisters in the Commonwealth family. Historic indeed!!

Download a PDF summary of the Healing the Commonwealth event

Watch the Blessing the Commonwealth event 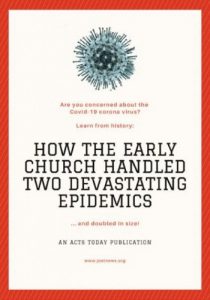 Free E-Book published by Joel News on how early church responding to epidemics. 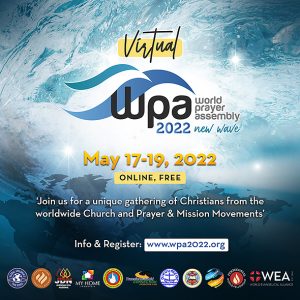 In 2012, 10,000 Christians from 90 nations gathered in Indonesia for the World Prayer Assembly, releasing a ‘New Wave’ of worldwide prayer 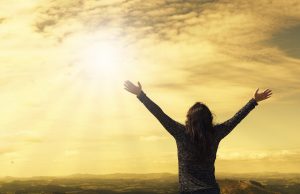 Guest blog from Thea Muir at I am so many things. 30,000 thoughts go through our head a day.  Are you running