The Story Of Cornerstone House

The closing of Cornerstone House, 5 Ethel Street, B2 4BG on October 30th 2020 sees the end of an era not only for several charities but as a Christian presence in the heart of the City. From its time way back in the 1970′ s known then as the Jesus Centre until today, Christians have used the building as a place of prayer, a place of worship and a place of mission.
Early in the 1980′ s, Cornerstone, a Christian Charity founded by Peter Combellack and myself, Ian Cole, were asked if we would like to move into the building as the new base for our charity’ s work. At first, we declined as we thought four floors of office space was too big for just two of us and some part-time secretarial support. However, once we realised the annual rent was £400 and it was fixed until 2026, we readily moved in thinking that as our work expanded so we would need more space. This was a miracle of God’ s provision alongside other answers to prayer we were seeing at that time.

The charity ‘Cornerstone City Centre’ was established and over the coming years, as funds allowed, we developed the building not only for our purposes but as a resource for other Christian organisations to use as a base. Oasis, the charity set up by Steve Chalke established its base on the top floor for its ‘Christmas Cracker’ project. YWAM had its Birmingham base here for a time. Pray for Revival under the leadership of Rev. Bob Dunnett had regular weekly prayer times, Birmingham City Mission have used the building as a base for its street evangelism for many years.
The 1984 Billy Graham crusade in Villa Park was administered from our second floor. The East & West Trust had offices in the building for many years, along with Arise Missions and then there was LIV – the South African mission to orphans who took over the top floor as an administrative base for their work in the UK. Bringing Hope and more recently The Graham Tour and Engage West Midlands have occupied space in the building, and of course it has been the base for the World Prayer Centre ministry since 1997.
With the amazing location of the building, Christian and secular organisations would hold training meetings, board meetings, team meetings, prayer days etc. We have no idea what great Kingdom events were organised in 5 Ethel Street by other organisations, but we know that through Pray for Revival and World Prayer Centre, gatherings for prayer at The Hayes Conference centre Swanwick, the National Exhibition Centre and the International Convention Centre and many other places across the nation and the nations were all administered from 5 Ethel Street.
So we look back with deep gratitude to God for such an amazing provision. However, due to the age of the building, the low rent and not having very sympathetic head landlords, it has presented us with many challenges. I remember in the mid 80′ s our then landlord phoned me and in terms unprintable to Christian readers told us he was going to demolish the interior of the building, (the exterior is listed) and he would see me at 10 a.m. the next morning to issue notices. That night, we so happened to have a Cornerstone Team prayer meeting, so we prayer that God would protect us, protect us from this man and that His will would be done regarding the building. 10 a.m. the next morning came with no sign of our landlord. We later discovered he died on the way to the meeting. We all prayed very carefully for each other for a while after that.
At the beginning of this year (2020), during one of our team meetings, a prophetic word was given – ‘It’ s time to move out from under your history.’ As we pondered and reflected on this, we felt that the decision we needed to make before God was to commit to move out – not really knowing a date or time, simply in faith – so that was what we did – recognising that sometime during 2020, we would be leaving Cornerstone House for the last time. Later in the year, the Cornerstone City Centre Trustees received an offer from our now much friendlier Landlords, and after taking legal and professional advice, agreed their offer and we move out at the end of October – which incidentally means that we won’ t be experiencing another winter in the cold building!
For Pauline and I, we come to this point on our WPC journey with great joy and gratitude and some mixed emotions. For me as one of the founders of Cornerstone and the founder of World Prayer Centre, 5 Ethel Street has been my base for nearly 40 years and for the last 23 years we have worked together in the building. We look back and give thanks for the wonderful people who have been and are part of the Cornerstone and World Prayer Centre journey and for Trustees and supporters who have travelled with us, some of whom are now with their Lord.
So we move forward. As in the past and even in these extremely challenging days we choose to walk by faith, knowing there are in the words of the Bible character, Caleb “More mountains to possess”.
Thank you 5 Ethel Street. However you are developed in the future, whoever comes to live and work in you, we know they will be standing on ground that has down through the years, known the presence of The Father, The Son and The Holy Spirit.

Ian Cole is the Founder of the World Prayer Centre Birmingham. 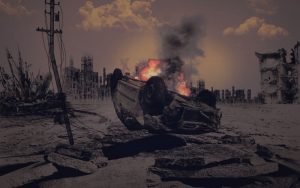 Over recent weeks, we have watched with horror at the unfolding of the attempted destruction of a nation. Unfortunately, this is not 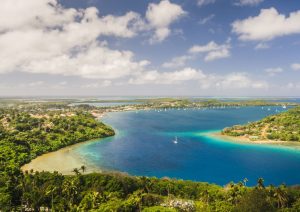 We don’t often hear our political leaders referencing God or the Bible. But in the wake of the recent natural disaster in 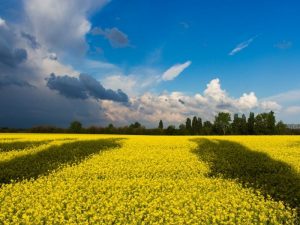 Ukraine: The Breadbasket of Europe