“The phrase ‘Come Lord Jesus!‘ came strongly to us”, says Olly and Andy, “and has become the rallying cry for asking the Lord to bring his Kingdom into every part of our lives. We quickly understood it was to be all generations linked together and that their praying would include praying for other nations.“

But what was to be the shape or mechanism to make it concrete? The answer came from an unexpected source. Olly was speaking to a lady he knew who raises up child prayer warriors in the USA and she shared with Olly a dream she’ d been given just days before Olly’ s call and wondering what it meant. Her dream was of a prayer relay circulating the globe and Olly’ s call confirmed what she was to do! Olly and Andy realised that this was precisely the concept they’ d been trying to find words for to describe to others.

So the concept of a prayer relay emerged where each nation is given a specific day to pray and then the ‘prayer baton’ is passed onto the nation they pray for, and so it continues. During December Advent 2020, which of course means “coming”, 8 nations were invited to participate in a test run of the concept. We heard many stories of children‘ s faith being stirred when they saw pictures and videos of others from around the world praying for their country. Some children in India and Poland were praying for countries they’ d never heard of before. Some new prayer groups were birthed and generations became excited about praying to the Father.

The main Come Lord Jesus prayer began after Easter and over 40 nations and thousands of people from all generations joined in.

The structure is deliberately kept loose. People can choose to pray as a family, as a church or as a ministry. They can pray for an hour on the day or in a nonstop 24 hour prayer chain.

Come Lord Jesus in my life – a prayer for personal revival.

Come Lord Jesus in my nation.

Come Lord Jesus in another nation – the next nation of the prayer relay.

Come Lord Jesus in the world – a prayer for the labourers to be sent out and the cry maranatha, for the Lord to return.

We are now working towards another prayer relay, beginning in September 2021. We are now aiming for over 100 nations. We plan to run a relay every 6 months and already it is becoming a part of some nations prayer strategies as we co-ordinate dates with other prayer movements. Perhaps one day enough nations will join in to create a nonstop prayer relay circling the globe, crying Come Lord Jesus, until he returns.

We invite you to join the relay.

You can find out more about it here: www.cljprayer.com

Get The Latest Issue Of Prayer Magazine

Prayer Magazine is a resource that can encourage and aid your prayer life. 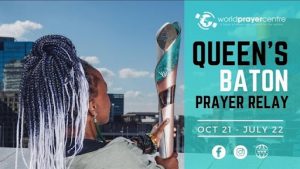 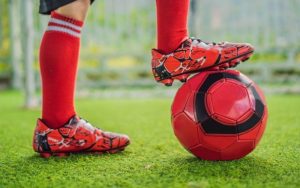 Going forward to serve… For the fifth time, National Sports Sunday will be held this May, providing an opportunity for Sports Chaplaincy