Fear Of The Lord

Johannes Hartl, guest blogger on Manchester House of Prayer’s blog, founded a House of Prayer in Augsburg, Germany, in 2005. Since 2011 they have seen continuous night and day worship and prayer arise from their prayer room. Johannes has a gift as a communicator who is able to speak across churches of different historic traditions.

“The beginning of wisdom is the fear of the Lord”Proverbs 9:10

‘The beginning of wisdom is the fear of the Lord’ states Proverbs 9:10. The call to fear the Lord is found in many different places throughout the Bible. ‘You shall fear the Lord your God, and serve him, and cleave to him, and you shall swear by his name’ in Deuteronomy 10:20 is just one of those places. And this is the beginning of a wise life? The fear of God? What exactly is this supposed to be?It’ s clear that the first impressions are hardly positive. At first, this sounds like the Middle Ages, fear-filled religion, oppression and bondage. Fear is generally considered a bad guide. Who wants to be guided by fear? And then, afraid of what – God?! Isn’ t this the idea of a punitive heavenly ruler, an all-righteous petty-minded God watching my every move? It’ s this such image of God, from which those who reject faith, flee. And it’ s one – combined with a correspondingly questionable morality of the church – that has let a whole generation of theologians and clerics stand up for something else. Is that what the Bible means?The Bible also tells us that God crowns humanity, calls us to greatness and dignity, rejoices in us, bestows on us. So why ‘fear’ instead of a level partnership? According to biblical understanding, the coexistence of God and humanity only works if the realities remain clear. ‘God is in heaven and you are on earth, so let your words be few’ says Ecclesiastes 5:2. I believe that here it becomes clear what the Bible means by ‘fear of the Lord.‘ The original Hebrew word means more than ‘fear’ . It means the fear that does not spring from a frightful being, but from clear knowledge of that being. If you stand on a high tower, you would be well advised to hold on. Anyone preparing to buy a house has every reason to have respect for the large sum of money involved. This kind of fear means I have an idea that I am dealing with something much more powerful than me. This is not self-deprecation, but a completely clear appraisal of one’s own situation.This feeling is the basis of all religion. And it’ s not deceiving. In fact, we are not the author and centre of the universe. We are limited by lifetime, knowledge and power in every corner. It’ s not difficult for us to realise that the distance between God and humanity is infinite, insurmountable in the light of God’ s greatness, and our own limitations. Anyone who underestimates the depth of the canyon whose edge they are standing on is not brave when they jump. They are foolish. Only those who know nothing about canyons and gravity do not realize that. And to know what it means as a human to face God who is omnipotent, uncreated, eternal, and holy, is rightly inspiring fear. This is not the spawn of a frightened soul, but the clearly outlined reality. It’ s the beginning of wisdom, the fear of God. Fear of God does not mean that he is less beautiful, that being near him is less wonderful, or that he thinks less of us. Fear of God is acknowledging that he is far greater than us. So why is a fear of the Lord so uncomfortable for Christians? Because it presents a direct attack on the philosophy that is so prevalent in our culture – the self-glorification of the human ego. The problem for us as humans is that God is so much greater than our SELF. We live in a society that is focused so much on the SELF to the point of obsession – it’ s no coincidence that ‘selfie’ has become so much a part of our language. It’ s what we see all the time on social media – the picture is really of the SELF in front of the canyon, rather than the canyon itself. Our society has lost sight of the canyon because we are too interested in ourselves. We are taught to better ourselves, care for ourselves, embrace ourselves – to be told otherwise makes us uncomfortable. None of these are bad things in and of themselves. But if we put so much emphasis on loving our self and elevating our self, then God’ s importance diminishes. We lose sight of him, we lose sight of those around us, and we lose sight of who God has made us to be.This self-glorification of the human ego has permeated the Church also. A church in which there is no longer a sense of the sacred resembles, in disturbingly precise detail, the culture of their time. Things are lost, dramatically, when the creature forgets that it is a creature and not a creator. When we lose the sense of the last and highest majesty. We don’ t fear God because we don’ t appreciate how incredible he is. Fear is a logical reaction to God. And that is uncomfortable, in a society that is so self-glorifying of the human ego. It’ s uncomfortable for Christians to stand up for something – someone – greater. It’ s offensive to our world.As Christians, when society all around us is focusing on the self, ignoring those around them and ignoring God, we are wise to turn the camera lens away from themselves and point to God – his majesty, his glory, his beauty – and what an honour it is to be loved by him.If you’ d like to read more, Johannes Hartl’ s book ‘God Untamed’ is published by Muddy Pearl and available to purchase atwww.muddypearl.com/books/god-untamed/ or at all good bookshops. 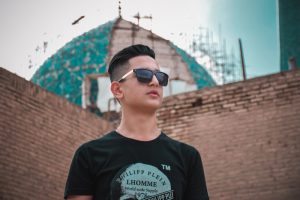 Mehdi grew up in a moderate Muslim family. When the still small voice of Jesus began to call him he first resisted,

What Is God Doing In This Season?

Alistair Cole of Watchman Ministries shares his thoughts on what God is doing in this season. 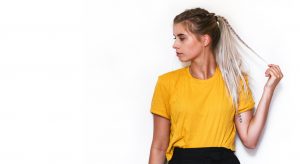 A Spiritual Battle For Our Young People

There is an incredible spiritual battle for young people in our nation. We need to pray for the teenage generation.

15 Days of Prayer for the Buddhist world